Importance of back sleeping for infants 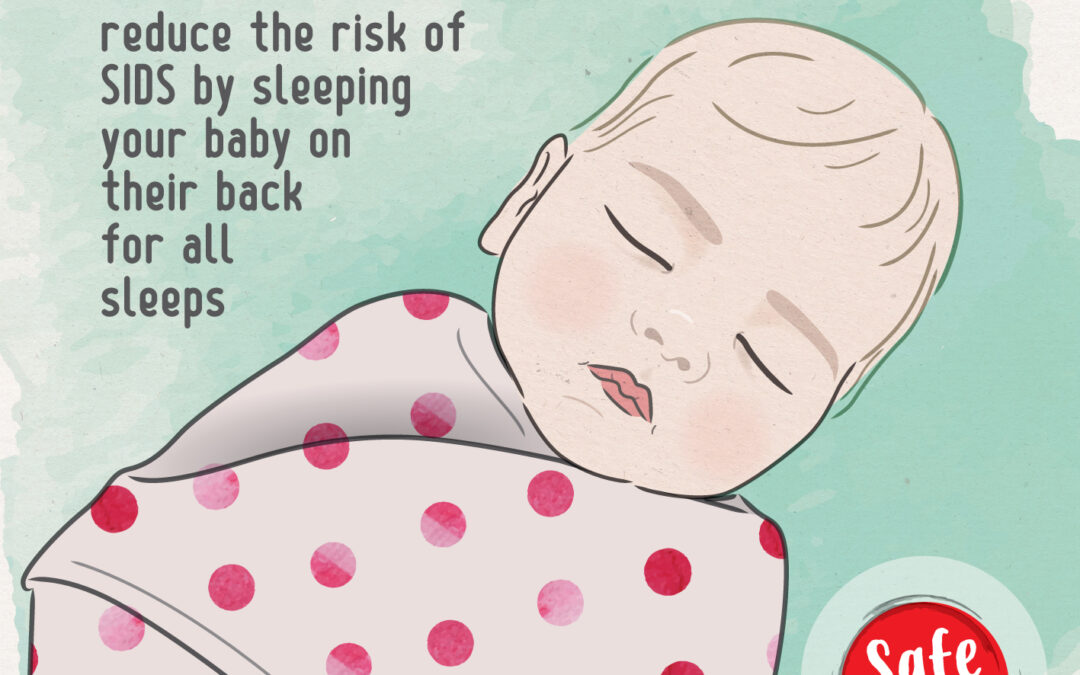 Sleep baby on the back (not on the tummy or side) was the first recommendation which came out in the early 1990’s as part of the “Back to Sleep” campaign. That recommendation, in combination with the other 5 steps for safe sleeping, has seen an 85% reduction in the number of babies dying suddenly and unexpectedly. It is important for parents and caregivers to understand that back sleeping reduces the risk of Sudden Unexpected Death in Infancy and baby should be placed on the back for ALL sleeps.

Sleep position is important because the position baby sleeps in dictates how easily and how often they will arouse during sleep. Arousal from sleep is an important protective mechanism that is thought to be lacking in infants who succumb to sudden and unexpected death. When baby falls asleep, their blood pressure, heart rate and breathing slow, and there can be pauses in breathing known as apnoeas. Brief arousals from sleep, which occur more often when baby is on the back, result in an increase in blood pressure, heart rate and breathing rate and are thought to be protective.

No comments to show.