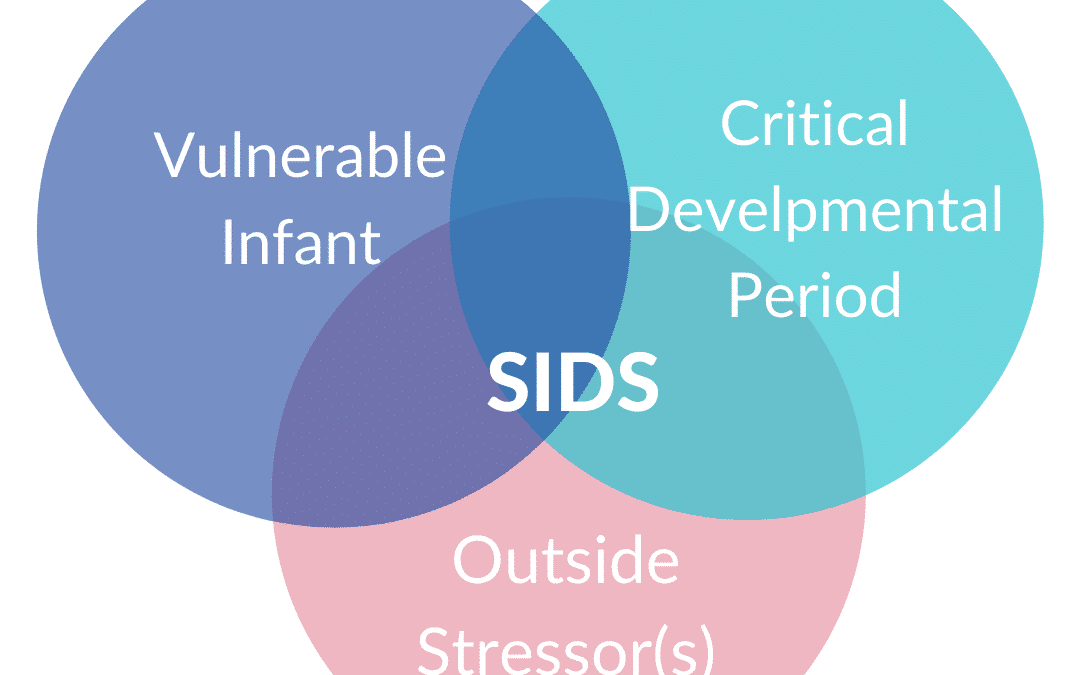 Unfortunately it is currently not known exactly what causes SIDS (Sudden Infant Death Syndrome) or some of the sudden unexpected deaths that occur, but through research it has been identified that there needs to be a number of factors all present at the same time for there to be a potential risk of a sudden unexpected death to occur. This theory is known as the Triple Risk model.

The triple risk model suggests 3 risk factors – a vulnerable infant, in a critical period of development, exposed to an external stress in their environment that they can’t cope with. When all 3 risk factors are present the infant has an increased risk of dying from sudden unexpected infant death.

Infants in a critical development period (usually the first six months of life) are more at risk, as are some infants who are born premature, exposed to tobacco smoke or with an underlying vulnerability. At present there is little that can be done to influence the critical development period or the underlying vulnerability, but what can be influenced is the third risk factor – which is the type of environment in which the infant is placed.
Reducing stress to the infant by modifying his or her sleep environment is where the Safe Sleep recommendations have been so successful. This is where we have been able to achieve the 85 per cent reduction in the number of infants dying suddenly and unexpectedly and this is why it is so important for parents to follow the safe sleep recommendations. Research has shown that infants slept on their back in a safe sleeping environment have a reduced risk of dying from SIDS and fatal sleeping accidents.

No comments to show.